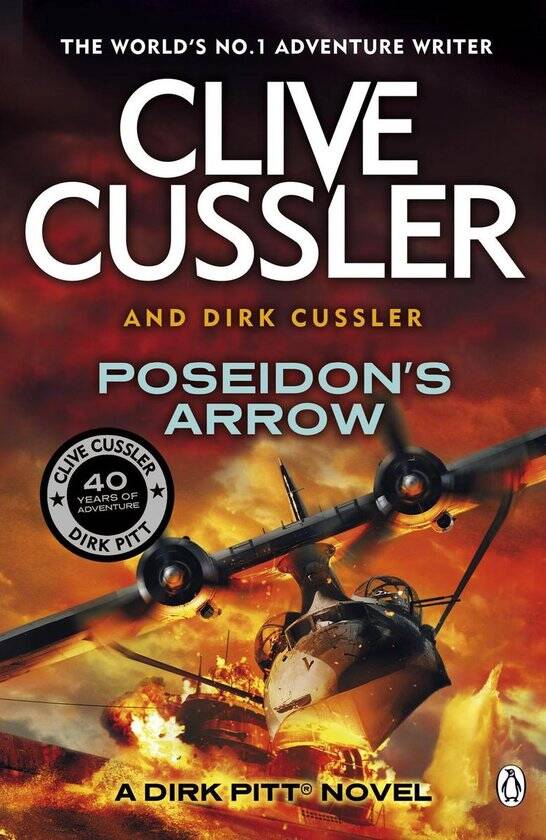 Poseidon's Arrow by bestselling Clive Cussler is the twenty-second thrilling Dirk Pitt adventure.
In 1943 a submarine returning from a secret mission is attacked, its vital cargo believed lost . . .
Three quarters of a century later, NUMA director Dirk Pitt is asked to help locate a missing person: the scientist responsible for the design of the revolutionary Poseidon's Arrow submarine. This craft is so advanced and dangerous that any government would kill to posses it - and not only has its designer disappeared, but so too have the plans.
But this is no simple search.
It leads Pitt from Washington to the Panama jungle, draws in the full resources of NUMA, and slowly unravels a deadly conspiracy that seeks to bring the world to its knees- and only Pitt can prevent it.
Poseidon's Arrow follows Artcic Drift, Crescent Dawn and Atlantis Found as the next in the enthralling Dirk Pitt adventures. Clive Cussler is on form as ever, fans of previous work in the Dirk Pitt series will love this as will anyone who has enjoyed work from his NUMA files series of indeed the Fargo adventures.
Praise for Clive Cussler:
'The Adventure King' Sunday Express
'Cussler is hard to beat' Daily Mail
'The guy I read' Tom Clancy