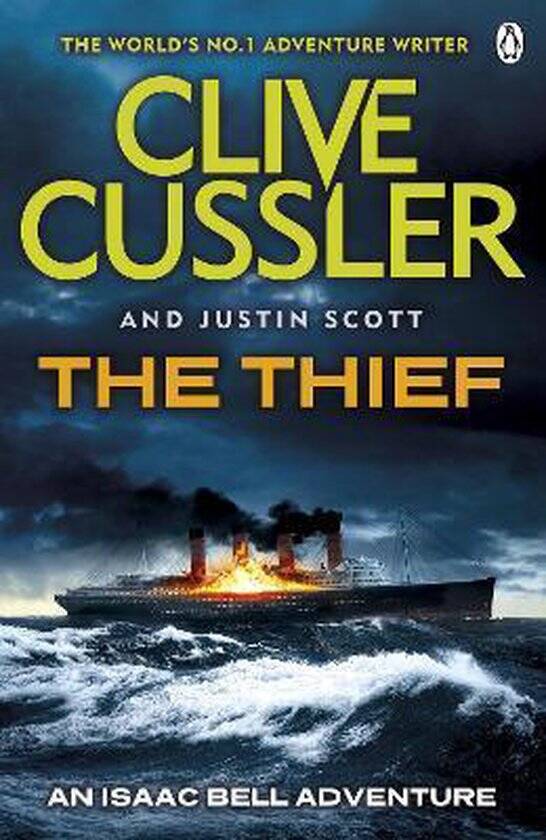 The Thief is Clive Cussler's fifth historical thriller featuring detective Isaac Bell. A bold kidnapping aboard an ocean liner sends detective Isaac Bell across America in a deadly game of cat and mouse . . . Leaving England aboard the liner Mauretania, Isaac Bell, chief investigator at the legendary Van Dorn Detective Agency, stumbles on and thwarts a kidnapping. The two victims, who have fled Europe carrying a secret invention, fear that a foreign power wishes to steal it before they can bring it to America. Bell and the Van Dorn Agency offer to protect them. And it isn't long before Bell is fighting skullduggery in the middle of the Atlantic. In New York City, as well as across the country as he and the inventors head for California, the deadly chase is on. On their trail is the murderous agent known only as the 'Acrobat', instructed to steal this world-changing invention - and kill anyone in his way . . . Bestseller Clive Cussler - author of the Dirk Pitt novels Crescent Dawn and Atlantis Found - has legendary super-sleuth Isaac Bell protect a top-secret invention with the power to shape the course of history. The Thief is the fifth novel in the Isaac Bell series, following The Race. Praise for Clive Cussler: 'The Adventure King' Daily Express 'The guy I read' Tom Clancy