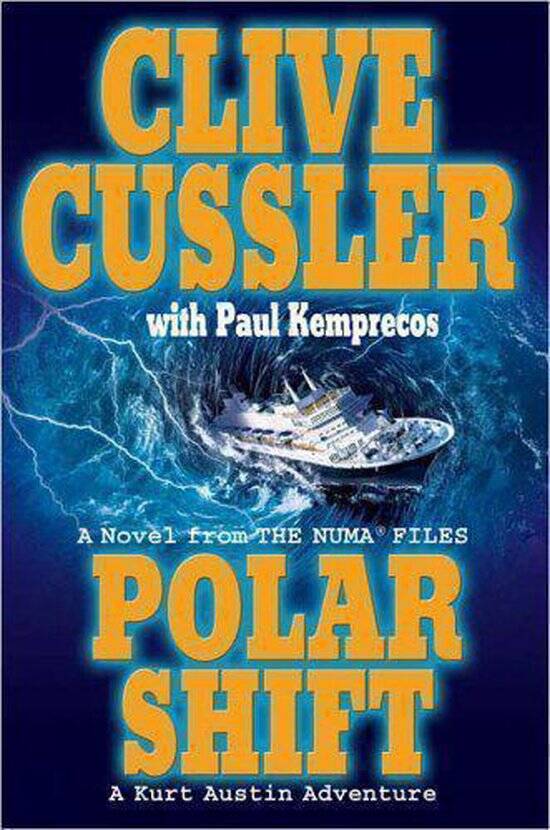 Polar Shift is the sixth NUMA Files novel by the inimitable Clive Cussler. Giant freak waves send an unsinkable cargo ship to the bottom of the Atlantic and a herd of killer whales attack a party of kayakers in the Pacific - random events, or evidence of polar shift? For Kurt Austin of NUMA these two seemingly unconnected incidents are harbingers of a global phenomenon that will mark the end of civilization! A secret organization aiming to bring down the world's elite powers have discovered the means to bring about polar shift - a catastrophic event that will cause earthquakes, lava eruptions, tsunami, electrical disruption and giant whirlpools. Austin knows that he and NUMA cannot fail this time. The end of the world is coming unless he and the team can track down the conspirators or reverse the effects of the Earth's most destructive power: polar shift! Clive Cussler, author of the best-selling Dirk Pitt novels Arctic Drift and Valhalla Rising, and co-author Paul Kemprecos pit their hero Kurt Austin against a destructive environmental force in Polar Shift, the sixth novel of the action-packed NUMA Files series. Praise for Clive Cussler: 'Cussler is hard to beat' Daily Mail 'The guy I read' Tom Clancy