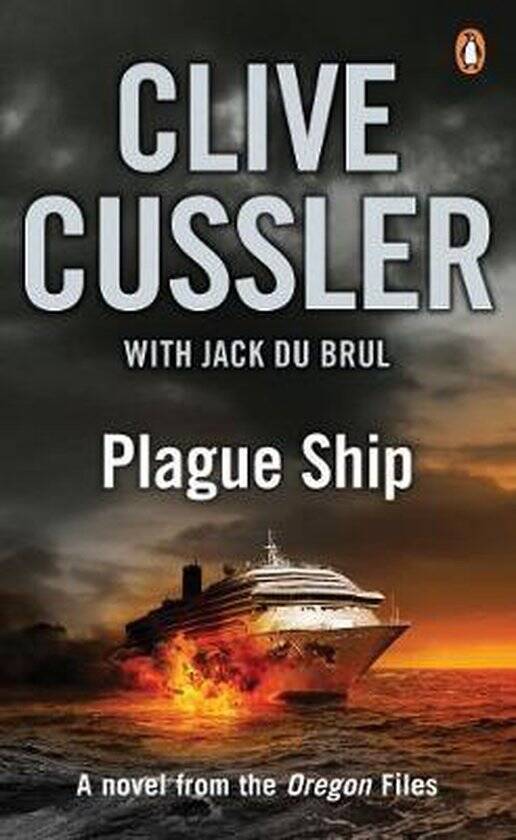 Clive Cussler's fifth Oregon Files novel, Plague Ship, pits Juan Cabrillo against a deadly adversary. In a Norwegian glacier during World War Two a Nazi officer makes an extraordinary discovery - the most legendary ship of all time . . .Sixty years later Juan Cabrillo and the crew of the Oregon - a top secret state of the art military vessel disguised as a heap of junk - reap the terrible rewards of this find. In the Persian Gulf they encounter a cruise ship full of the dead and the dying. While attempting a rescue, the stricken liner erupts into a fireball. Cabrillo escapes with his life, and one survivor.When Cabrillo decides to probe deeper into this mystery, he finds a powerful cult obsessed with the end of the world. It is a discovery that sees the Oregon and her crew racing against time to prevent a sinister madman from using the secrets of the past to to destroy the future . . . Plague Ship is a high-stakes, high-seas adventure you won't be able to put down. The number-one bestseller Clive Cussler, author of the thrilling Dirk Pitt novels Arctic Drift andValhalla Rising, and co-author Jack Du Brul are back with their most exciting Juan Cabrillo assignment yet in the fifth novel of adventure series The Oregon Files, Plague Ship. Praise for Clive Cussler: 'Cussler is hard to beat' Daily Mail'The guy I read' Tom ClancyBestselling author Clive Cussler has kept millions of readers hooked with adventures at sea, exotic locations, cutting-edge science and page-turning pace for four decades. As well as the Oregon Files series there are also the NUMA Files, the Dirk Pitt stories (which started it all), the Isaac Bell adventures and the Fargo series.. The other titles in the Oregon Files are: Golden Buddha, Sacred Stone, Dark Watch, Skeleton Coast, Corsair, The Silent Sea and The Jungle and are all available in Penguin paperback.